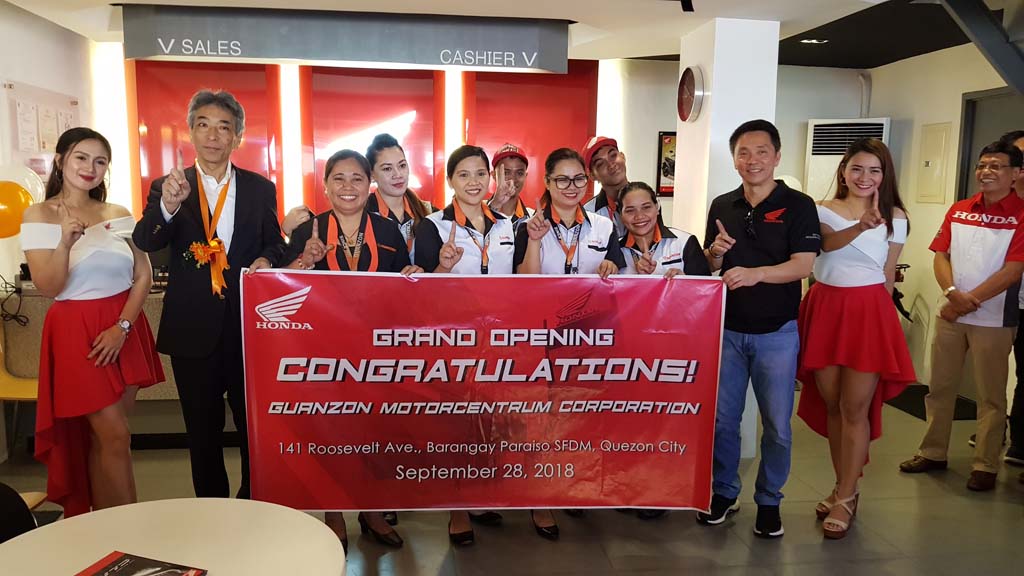 A motorcade of 100 Honda Riders kicked off the event followed by the ribbon cutting ceremony preceded by the blessing of the shop. Turnover of the Wallmarker was presided by the two presidents,  Mr. Guanson Lo of the Guanzon Group of Companies and Mr. Susumo Mitsuishi of Honda Phils. Inc. The program included the unveiling of the newest automatic model and game changer from Honda which is the new Click125i and Click 150i. 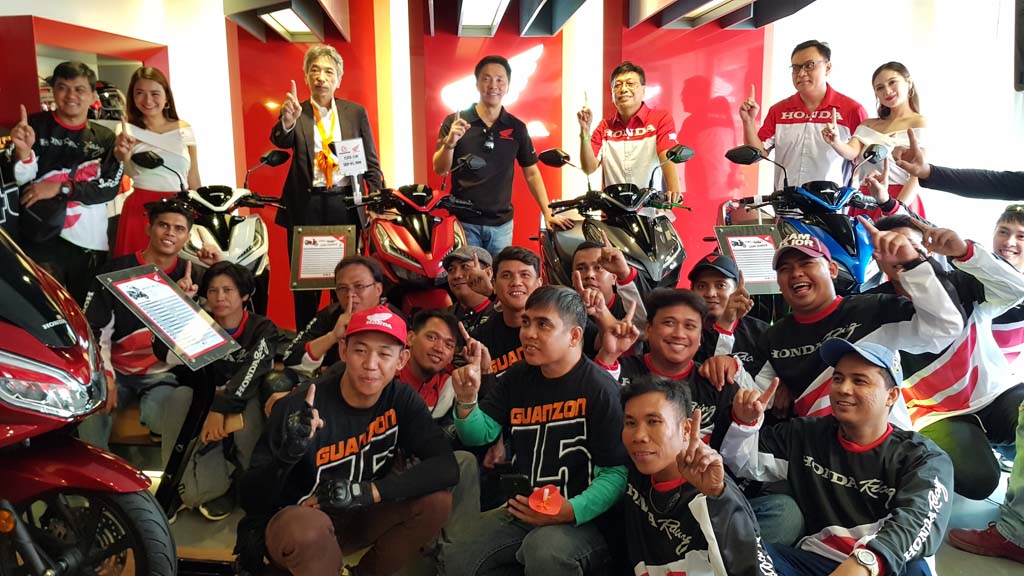 The newly opened branch is located at #141 Roosevelt Avenue, Brgy. Paraiso SFDM Quezon City under the Motorcentrum Corporation of the Guanzon Group of Companies.